Over the next few months, the Rimonim students (grades 2-3) will be doing a deep dive into the role models and heroes from Jewish history. During the month of March, in honor of Women’s History month, students are focusing on female role models, starting with Golda Meir. They read a book about the different stages of Meir’s life and her accomplishments on behalf of the state of Israel. Next, students placed themselves in the role of a Prime Minister like Golda: they each created their own country, produced a map, gave it a Hebrew name, and wrote two rules pertaining to the country. You can see Schechter’s core values reflected in many of the rules they chose, like take care of the sea and water resources, be kind, protect the animals, no war/no fighting, read books, and wear a mask if there is a virus.

The Most Delicious Way to Practice Manners

The Dubonim Class (EC2) has been talking about manners. They read books about manners, including Please and Thank You, Give Please a Chance, I'm Sorry, Excuse Me, and Let's Share. These concepts are a big part of the Dubonim curriculum. Students practiced saying the corresponding Hebrew words: bevakasha (please), todah raba (thank you), and s'licha (excuse me). To culminate their unit on manners, the class held a Tea Party! The children sipped juice or water from tea cups poured for them from real tea pots; they baked and decorated animal crackers and nibbled on fruit.

Uncovering the Contributions of Enslaved Individuals in West Hartford

Schechter eighth graders are participating in the Witness Stones Project, a group that engages in research and education as a means to restore the history and honor the humanity and contributions of the enslaved individuals who helped build greater Hartford communities. Project co-directors Tracey Wilson, Elizabeth Devine, and Denise deMello visited Schechter recently; they worked with the students to help them learn to uncover the story of one enslaved person, Prime, using primary documents and a map of Hartford West division. The eighth graders are building on their work with Wilson, Devine, and deMello and are now developing a project to reflect what they have learned about Prime. Their project will be shared with the community on Juneteenth. This is the fourth year that Schechter students have engaged in this important work that combines our core values of Chochma (wisdom) and Lev tov (good heart) through deep research and an appreciation of the humanity of the enslaved people. 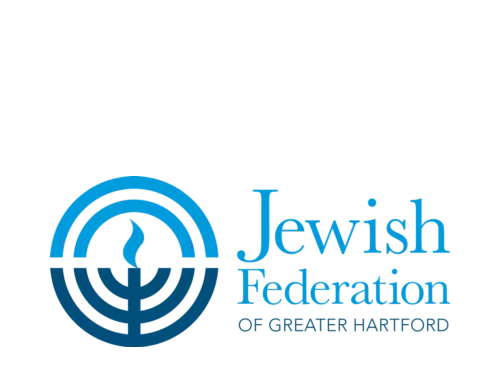